A bank import can sometimes contain lines consisting of more than one transaction. Once such a line has been imported into Bokio, you can split it so that each transaction has its own line. Here’s an example of how it might look: 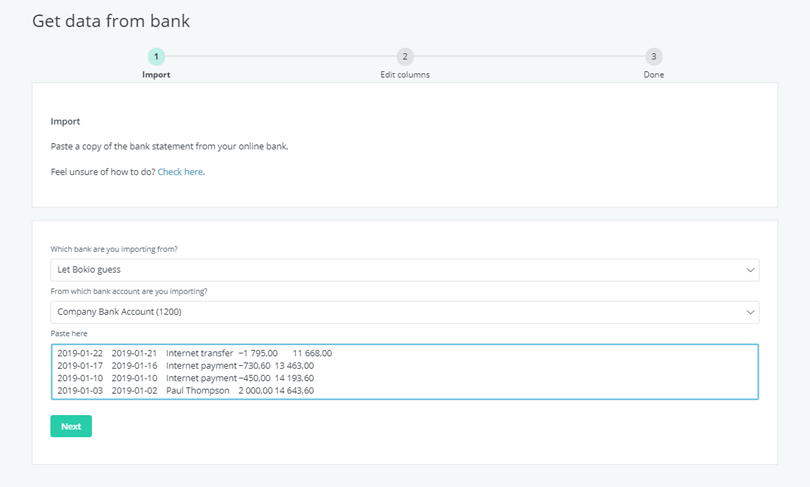 The line in the middle is a payment to bankgiro consisting of several transactions on the same day. You can split them once the bank lines have been imported. If the system has understood the bank correctly, you can make the import. Find out more here about how a bank import works.

Go to the “To do” page in the left-hand menu. Here you’ll find all the imported bank lines. Go to the bank line you want to split, click the edit icon and then “Split bank row”.

Choose how many lines the original should be split into, and then how the amount should be distributed. When you’re done, click “Split bank row”. 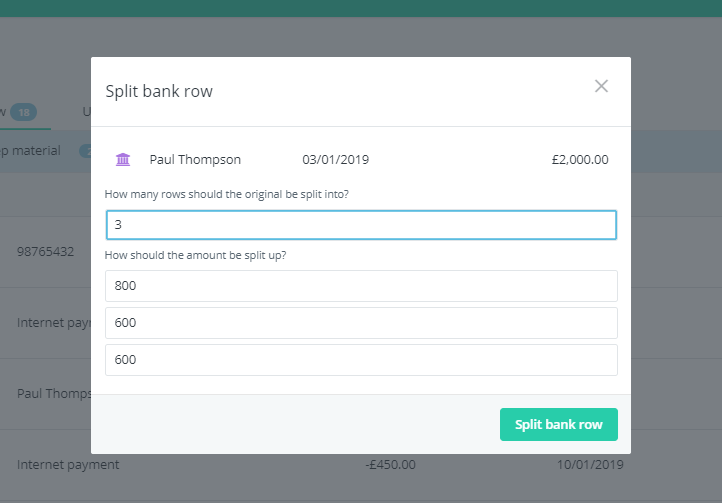